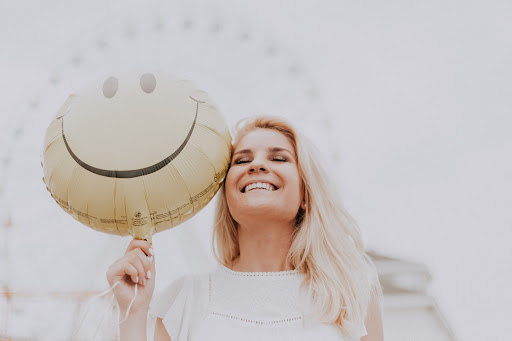 Guilt is a powerful emotion that can be hard to navigate. However, it’s essential that we learn to deal with it properly because guilt has the power to make us do things that aren’t healthy. Read on for some helpful tips on how you can manage guilt.

#1 Be honest with yourself

If you feel guilty about something, take a step back and ask what’s causing the guilt. Is this feeling rational? Be honest with yourself about why you’re feeling guilty in the first place. Confronting your feelings is the first and one of the best ways to deal with them. Once you can identify where these emotions are coming from, then you’ll know how to handle them more effectively.

When dealing with guilt, there are different levels that you have to go through before being able to move past it: awareness of your own behavior or thoughts; self-blame for those behaviors/thoughts; holding others responsible for what happened, so they should apologize or make up for their part. If you can’t pinpoint what’s causing your guilt, try writing down what happened in detail. Then, if you’re still stuck after that, talk with a friend or family member to see if they have any insight into why you might be feeling guilty.

You’ll need someone who knows the full story before trying to figure out where this emotion is coming from, though! Once you’ve identified your emotions for yourself and others, it becomes easier to deal with them more effectively because you know why they exist rather than continuing on with an abstract idea of how bad you feel without understanding its origin.

When experiencing guilt, it’s easy to try and brush off or ignore these feelings of remorse. Any relief ignoring it brings is temporary and doesn’t do much for long-term happiness. Try embracing your emotions instead of running away from them! This can be challenging at first because our instinct is to avoid unpleasant things and discomfort; however, there are healthy ways that we can confront uncomfortable experiences without letting them build up.

So what does “embracing” feel like? Think about a time when you’ve experienced intense physical pain (a broken bone would work well here). You probably felt pretty awful while that was happening initially though, after a while, you got used to the pain and were able to deal with it better than before, right? The same goes for emotions. When you experience a painful feeling, it can feel completely unbearable at first. Still, if you give it time and space to exist without trying to fight or avoid it, eventually, the pain will lessen as your mind gets used to this feeling.

It might be helpful to remind yourself that experiencing negative emotions is part of being human. We’re all going to have moments where we feel guilty, angry, or sad for no good reason. It’s part of being alive! The goal with this is not to try and eliminate your negative emotions completely but just reduce the amount that you suppress in unhealthy ways.

Forgiveness can feel like a daunting concept. It’s easy to say “just forgive yourself,” but it’s hard to do. This doesn’t mean pretending it didn’t happen or trying to convince yourself that what you did wasn’t wrong. It means deciding not to let this event control your life moving forward. In other words, let go of guilt, after true forgiveness, for the sake of genuine future happiness. So does forgiving yourself make you a bad person? Absolutely not! If anything, it makes you more self-aware, which is one of many characteristics associated with having good mental health. From there on, it is time to clean your slate, Remove mugshots or anything that’s been holding you back from moving on, and enjoy what life has to offer.

Many of the world’s religions outline steps to take to such forgiveness, showing how important it is and has been to humanity throughout time. If religions and communities have a focus on individual and community forgiveness, its value must be high.

By utilizing the above tips, you’ll be able to deal with your guilt in a way that is healthy and proactive.